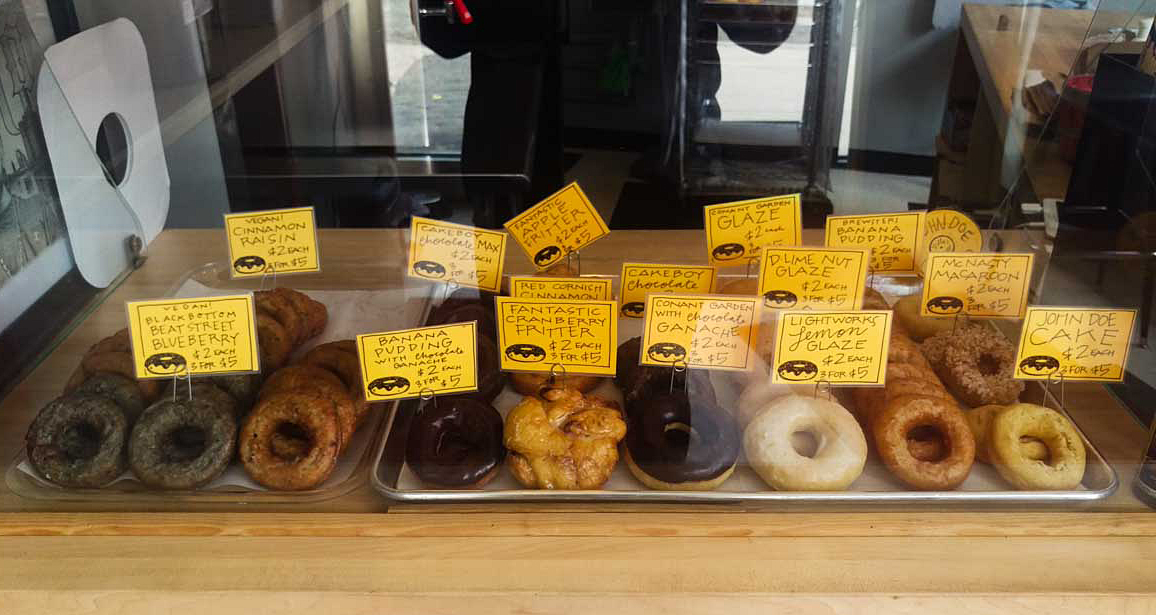 I was passing through Detroit for work last summer and wanted to stop for breakfast before my flight home. Originally I had planned to go to a different coffee shop downtown but I couldn’t find parking near it, so I ended up several blocks away. As soon as I got out of my car I looked across the street and saw a big, fat donut and the name Dilla’s Delights. Now, I only knew of one person named Dilla (and the donut? c’mon) so I had to change my plans and go there instead. 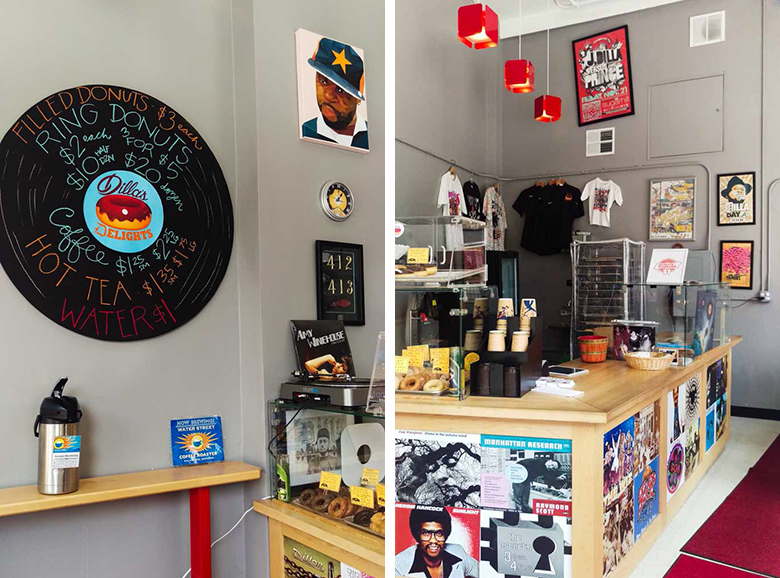 The interior of Dilla’s Delights

What I found was a bakery and coffee shop that was started by legendary hip-hop producer J Dilla’s Uncle Herm as a tribute to him. While I was there I chatted with the employee, who said business was going really well despite having such a cold winter when they opened back in 2016, and saw people from the community get welcomed in with open arms no matter who they were.

My normal donut order is a maple bar, which are pretty mellow, but had to get a tangy Aaliyah Lemon Filled donut in honor of my favorite R&B singer growing up. It was so stinkin’ good!! The coffee was tasty as well, from Water Street Coffee of Kalamazoo, MI. I would’ve loved to spend a little more time at the cafe but I had to run and catch my flight. 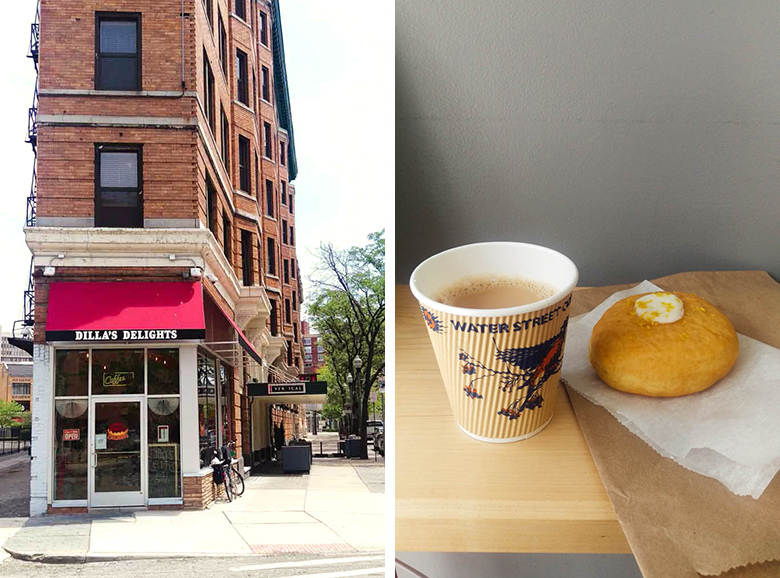 If you’re ever in downtown Detroit make sure and get to Dilla’s Delights! Head over early because they sell out, these donuts are in-demand.

We asked our friend Orlando, host of the Washed podcast and the biggest Dilla fan we know, to curate a playlist to celebrate Dilla Day for the blog. Here it is on Spotify, tune in!